Posted on July 8, 2017 by Tasmanian Traveller

Gold was found in the north west of Tasmania during the 1850s. An April 1884 report, complete with geological sketch plans, by Mr G Thureau presented to the Parliament of Tasmania titled the  Mount Cleveland and Corinna Goldfields can be read here.

Two thirds of the way along the walking track to Savage River we were surprised to come across the following interpretation panels informing us about the Corinna Goldfields.  Seemingly in the middle of nowhere. 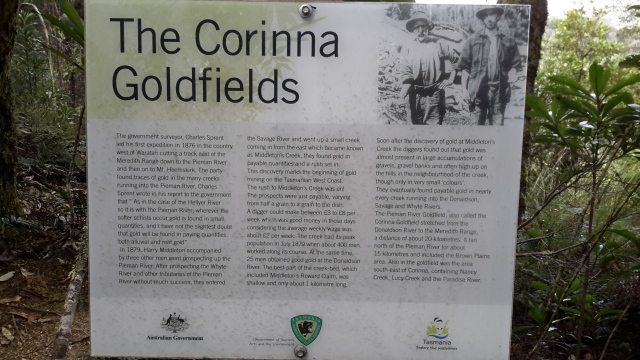 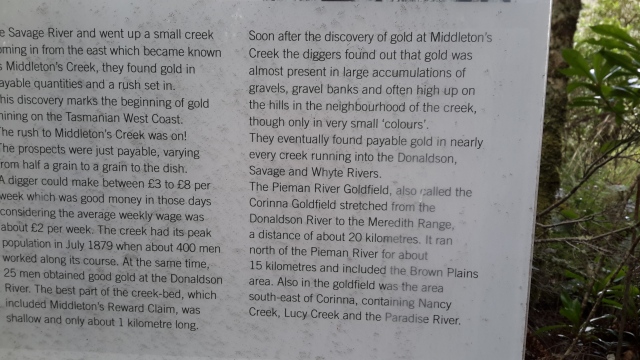 Apparently, “The Corinna goldrush was at its peak from the mid 1870’s to the early 1880’s and the largest nugget of gold ever discovered in Tasmania (7.5kg) came from Rocky River, a small tributary of the Whyte River, (itself a tributary of the Pieman) a few km upstream from Corinna in 1883.”

‘The Adventures of a Mad Tasmanian Prospector’ in his blog Apple Isle Prospector provides lots of interesting detail about the history of these goldfields.